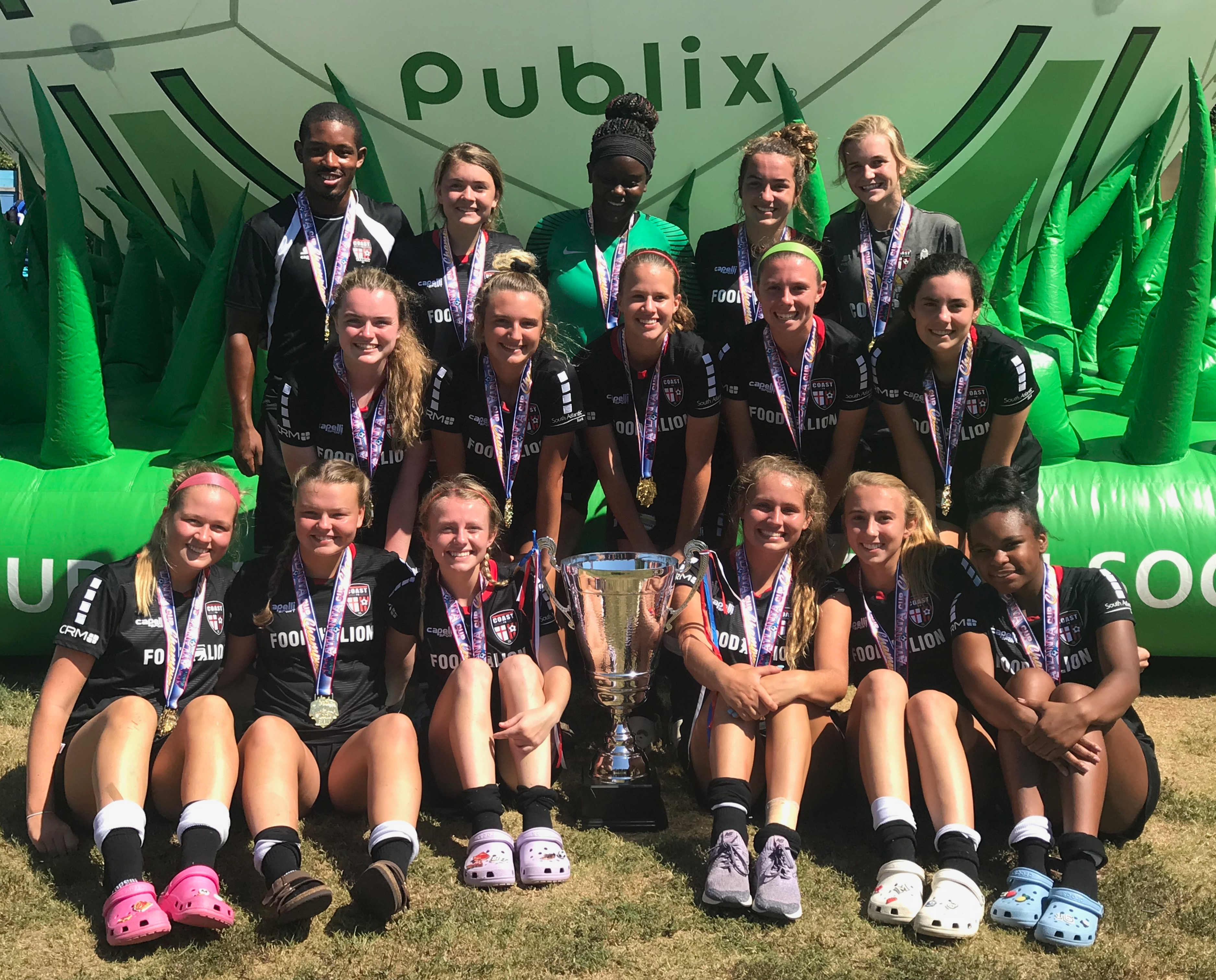 Coach R.J. Bass wanted a strong test for his Coast 01g (click for photo) Red team during the preseason so he entered the girls in the prestigious

Atlanta Cup over the Labor Day weekend. The girls were placed in the top U19 division joined by teams from throughout the southeast. After posting three consecutive victories in pool play over Metro Atlanta , Steamers FC Elite and Athens United the girls found themselves in a rematch with Steamers FC in the finals where they prevailed in overtime 1-0 to claim the top honors. Coast Director of Coaching Ross Morgan said “ anytime you go to Atlanta and win a first division championship it means a lot. The Atlanta Cup is widely recognized as one of the top events in the country and the level of competition is historically very high. This is a great result for our club. ”

“ My team started the season with a lot of new faces. This preseason event provided a great opportunity for us to grow together both on and off the field. The finals took everything that we had and it came down to one individual moment of brilliance from a perfectly struck twenty five yard volley in overtime for the win. The only thing better than the goal was the way the girls came together to celebrate the total team effort. I could not have asked for a better script “ said Coach Bass.