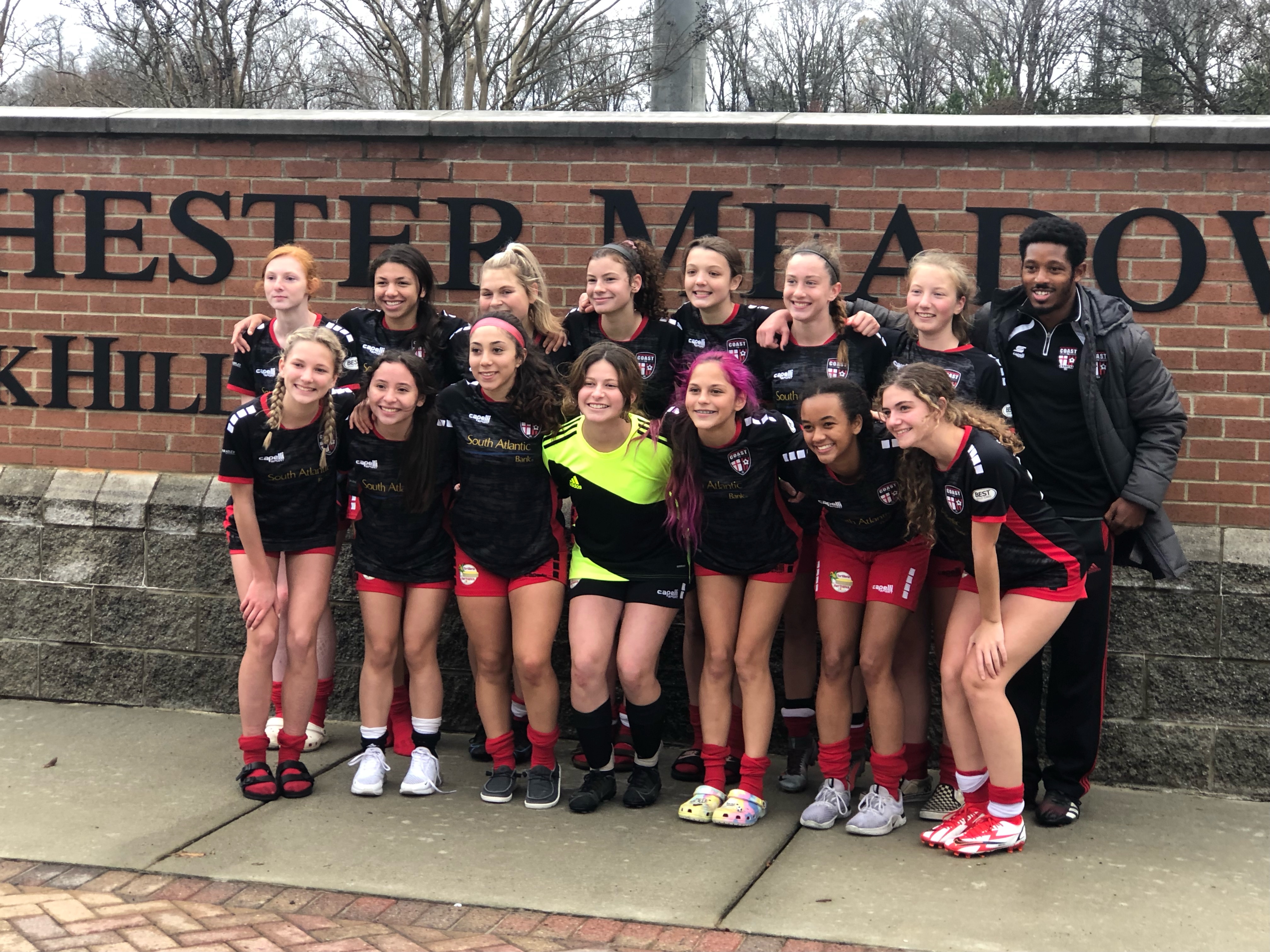 Four Coast FA teams qualified to play in the challenge state cup final four over the weekend in Rock Hill SC. Two teams were crowned as champions after a very competitive weekend of soccer.

The Coast 07 Boys (Click for Image) got things started on the right foot as they defeated Charleston United 2-1 in extra time and Southside Lavante 3-1 in the final. Down 0-1 to Charleston United with 6 minutes remaining the boys scored the equalizer to force overtime and then added a goal to advance to the final. The championship was played in a torrential rainstorm but saw the boys beat a very talented Southside team to hoist the trophy. “I cannot tell you how proud I am of this team and the group of young men. This has been a special year for them, and we are going to build on this and do the best we can at the regionals. This club, this community these parents and players should be so proud of all they accomplished this season. What a special day for these kids’ families and myself. It was amazing.” said Coach Joel Banta.

The Coast 06g Red (Click for Image) side rode a superior defensive effort to claim the U16 state championship. The girls posted two clean sheets to get the job done. The semifinal match vs Charleston Soccer Club ended in a nil-nil draw and after an additional 20 minutes of play the teams remained tied. Coast advanced to the championship after winning the PK shootout by a score of 3-1. Sunday’s championship saw a familiar foe in Surf Soccer Club. Two beautiful goals off of corners and a rock-solid defensive effort was enough to claim the championship. “We set a long list of goals and expectations for this season. We knew it would take more that what others may have been willing to do. Watching it come to fruition they’ve invested is the greatest feeling. These will be memories the girls will enjoy long after their playing careers have gone. Grateful to be apart of it.” Coach RJ Bass stated.

Both Coast Teams will now advance to the Southeast regionals in Murfreesboro TN this June as they vie for a national championship. “This was a great weekend for Coast FA soccer to have 4 teams make it to the state cup finals weekend is a great achievement and to have two teams go on and win the state titles is awesome. The coaching staff have done an incredible Job this season in some very trying circumstances. To witness our staff coaches support each other on the side lines is a great thing to see. I want to thank all the coaches working and volunteering at Coast Fa for all their hard work” said Coast DOC Ross Morgan.