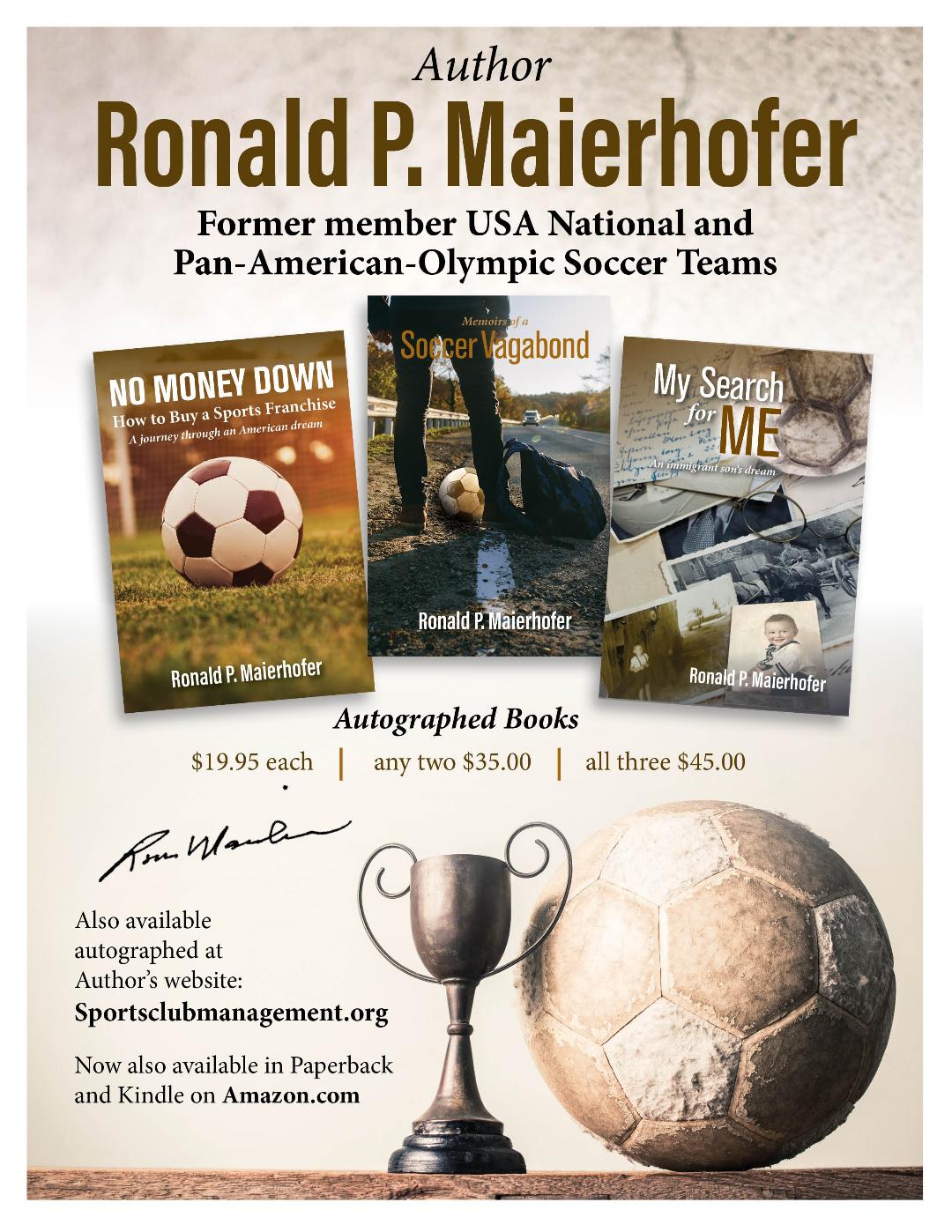 Coach Ron Maierhofer lives in North Myrtle Beach with his wife, Sandra.  They share eight children and nineteen grandchildren. He has spent a lifetime coaching soccer at all age and skill levels.

He has also been a member of the 1959 U.S.A. National Soccer Team. It was the first USA soccer team to win an International soccer medal, defeating both Brazil and Mexico for the Bronze Medal in the 3rd Pan-American Games. Coach Ron is the creator of our KinderKickit program for 3-6 year olds and has also been a Fortune 500 executive and entrepreneur.

Coach Ron has agreed to donate a significant portion of each book’s selling price to our fund to help economically disadvantaged children participate in our various programs.  He will sign every book ordered at his website and offers free delivery. You can order any of the books at: