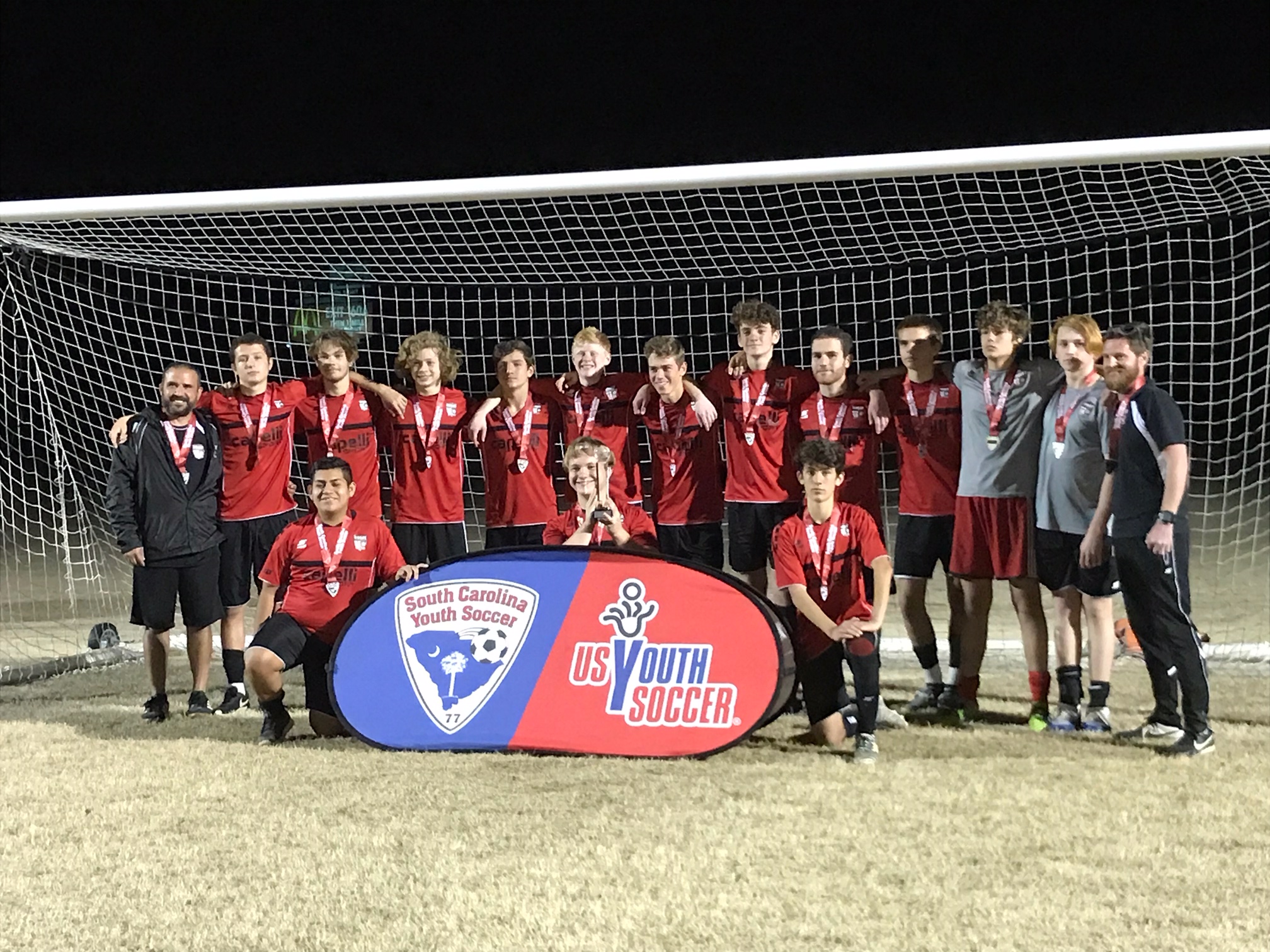 Good things come to those that wait. Coach Brian Smith and his Coast 03 Red team captured the U16 PMSL State Cup championship last night against Columbia based SCUFC. The championship comes after nearly three months of delays and reschedules triggered by the fall Hurricane and its ensuing flooding throughout South Carolina.

Keeping to the script, the match itself included a forty five minute injury timeout and a thirty minute delay when the stadium lights went dark. The match was played in a stiff wind and was very competitive ending in regulation tied 1-1. After two hard fought ten minute overtime periods the match remained tied and was sent to penalty kicks from the mark.

Coast prevailed in dramatic fashion on our final attempt to capture the State Cup and promotion to the South Carolina SCSCL Challenge League in the fall. “Tonight was a fitting end to a strange season. All year the boys played for one other and they needed it tonight. Win or lose I was already proud of them but with the victory I could not be happier that they have something to show for their hard work and strong character” said Coach Smith.