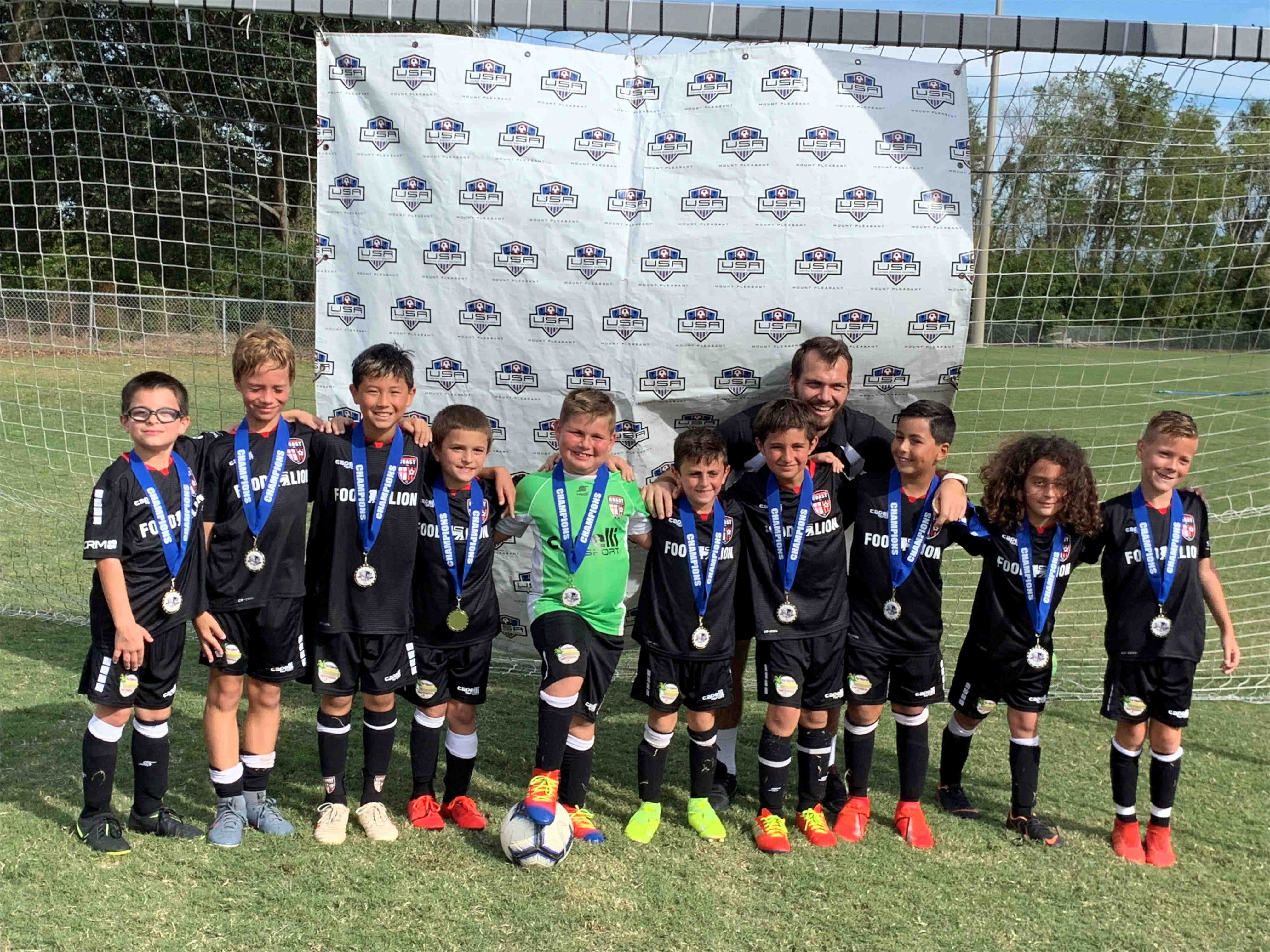 Five Coast FA teams claimed medals at the Charleston Shootout in beautiful Charleston. South Carolina over the weekend. One championship and four finalist honors were earned while enjoying beautiful weather and excellent field conditions. “ We enjoy bringing our teams to the USAMP events every year due to the competitive environment and the first class operation of the event. The USAMP staff does a great job hosting both weekends of play ” said Coast Executive Director Heyward Gulledge.

The Coast 10 Black (Click for Image) team coached by Endri Mince dominated pool play in the U10 division posting three lopsided results before coming back from a 1-2 halftime deficit to gut out a 3-2 victory in the final. “First and foremost I am proud of the boys. They played exceptionally well throughout the tournament. Our goal is to train the way we want to play during the match .The epitome of teaching is witnessing the boys implement what we work on during training in the matches. The boys should see this weekend’s result as a major success “ said Coach Mince.