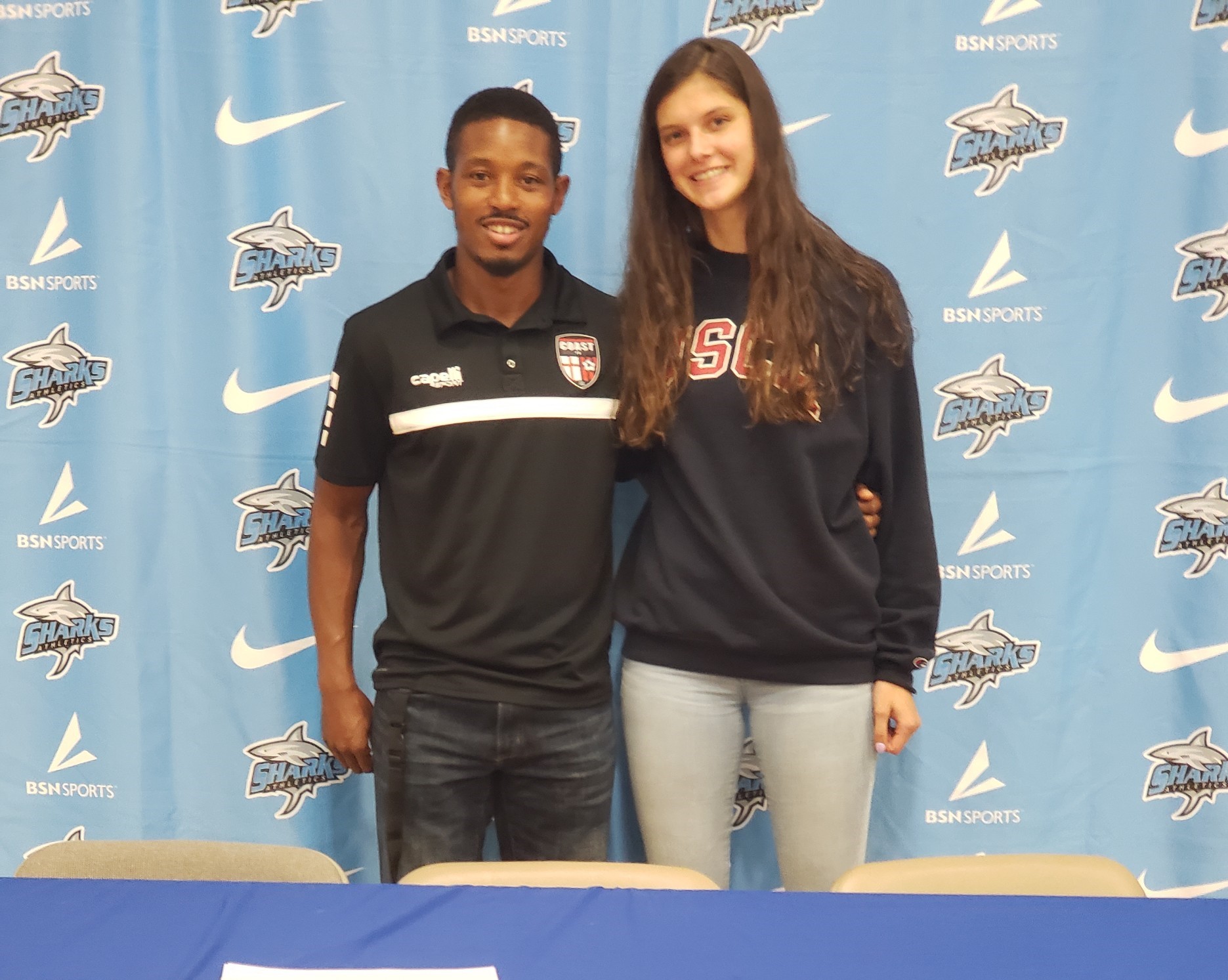 When the Coast FA tryouts began in May a new face stood out in the crowd . A six foot two athletic center back that moved fluently named Mackenzie Cochran had just arrived from Haymarket , Virginia and quickly entrenched herself in the back line for the Coast 02g Red team. Having played her youth career for VSA 02 Elite and her high school soccer at The Highland School , Mackenzie arrived with plenty of interest from collegiate programs. After ultimately choosing to commit to USC Aiken where she intends to pursue a career in dentistry Mackenzie can now focus on the challenge of winning a State Cup with Coast FA in her final year of club soccer.

Coast 02g Red Coach RJ Bass said “ This is her first year at the club however you would not have guessed it. She instantly clicked with the girls and has built a great relationship with her teammates both on and off of the field. Mackenzie adds consistent defensive stability and composure to our back line while being a goal scoring threat on set pieces. It has been a pleasure getting to know her and I am confident she will find success at USC Aiken. “

Future coach Hank Deer of USC Aiken added “ Mackenzie brings with her the ability to continue the level of excellence synonymous with the center back position at USC Aiken. I am very excited about her future as a Pacer.”