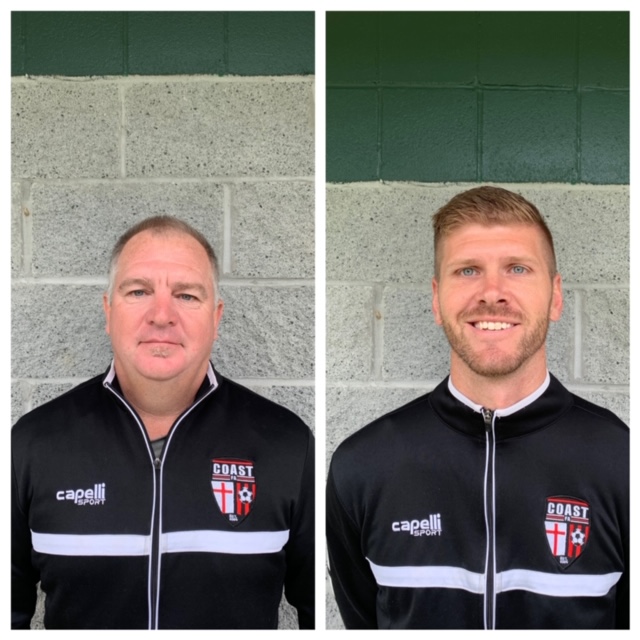 Coast FA is pleased to welcome Aaron Wheeler and Kyle Kane as our most recent staff additions. Aaron and Kyle will work together to create Coast FA select teams based at the North Myrtle Beach Sports Park. Aaron will be the Director of Coaching and Kyle will serve in the Assistant role with a special interest in Emerging Technology. “Regarding Aaron, it is not every day that a club can add a former MLS player to their staff. Adding two guys with their credentials is a huge step in the right direction for our program. The players that live in Horry and Brunswick Counties will benefit tremendously from their expertise and their all in approach. Both coaches have already gained the trust of the community with their success this spring as the head coaches for the North Myrtle Beach boys varsity and junior varsity programs. We plan to host an open player evaluation on Friday June 19th at the NMB Sports Park and then multiple free training sessions during the coming weeks so that the area players have an opportunity to meet the coaches and see what the program is all about “ said Coast Executive Director Heyward Gulledge.

Coach Aaron Wheeler is originally from Dundalk, Maryland and moved to North Myrtle Beach in 2017 with his wife Ashli. After a successful youth career in Maryland he attended Lenoir -Rhyne University for three years before turning professional. His pro career spanned eight years highlighted by time with the MLS Philadelphia Union and a year abroad. He currently serves as the head coach of the boys varsity program at NMB High School. “ I want to thank everyone at Coast FA for believing in me and giving me the opportunity to join a club with a history of serving the Myrtle Beach area. I look forward to helping the club expand its influence and commitment to the players and parents throughout the Grand Strand” said Coach Wheeler.

Coach Kyle Kane is originally from Freehold, New Jersey (home of “The Boss” Bruce Springsteen ) and relocated to Myrtle Beach with his wife Melissa in 2017. Kyle played his collegiate career at Jacksonville University in Jacksonville, Florida. He later became heavily involved with the Freehold Soccer League where he coached for ten plus years and served as their president. Kyle currently works as the North Myrtle Beach High boys JV head coach and also assists with the varsity. His son Kieren plays for the Coast 02 Red Region III Premier team. Coach Kane said “ I am extremely excited to join the Coast FA family and help grow the club into one of the premier youth soccer organizations in the Southeast