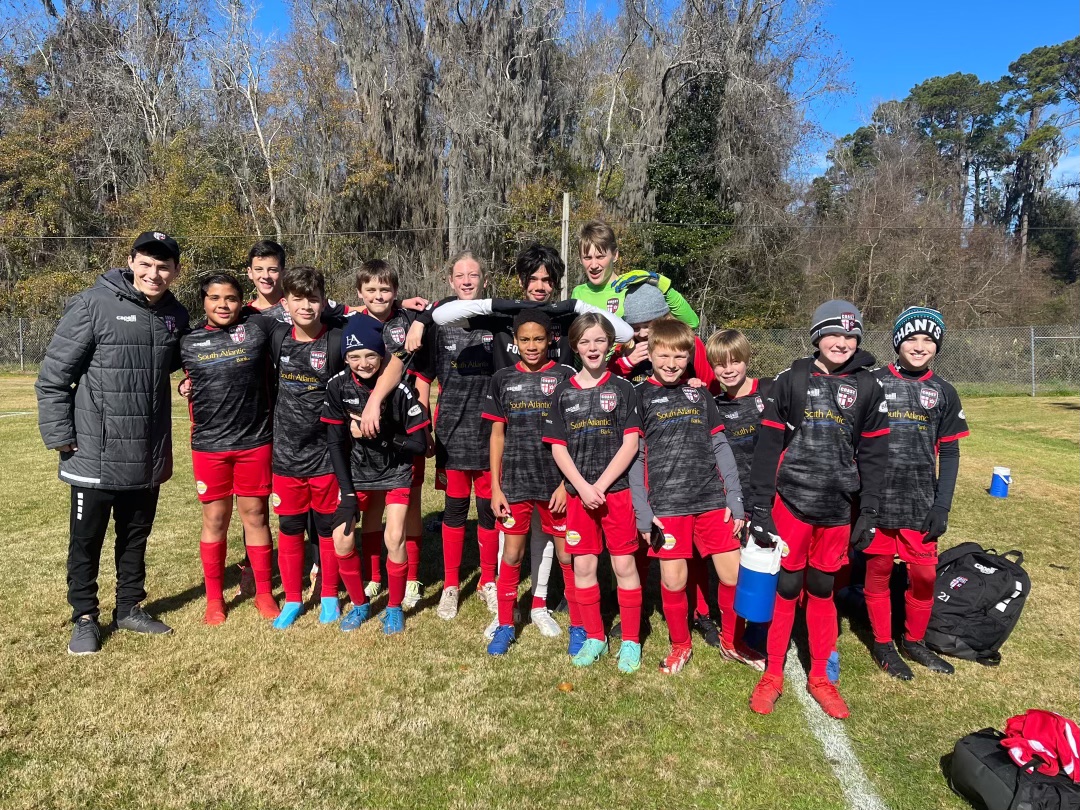 Three Coast FA teams won their divisions on the 11v11 weekend of the Coast Spring Classic in Myrtle Beach, South Carolina. Great weather and ideal field conditions made for a really good weekend of soccer for the one hundred thirty five U12 – U19 teams from seven states. Next weekend will feature two hundred twenty six teams for the U8 – U12 divisions. The 15th annual Coast Spring Classic created an economic impact of almost six million dollars for our community during the tourist shoulder season. Big thanks go to the City of Myrtle Beach and the City of North Myrtle Beach for providing first class facilities for the teams.

Coach Fatjon Cake’s Coast 09 Black team (Click for Image) stole the show over the weekend by claiming the championship at U13 Boys. The 09 Black team avenged a loss in pool play to NCFC Chelsea FC to claim top honors. The boys survived a PK shootout with WFC Dortmund to earn their way to the championship match. “ The championship medal is well deserved. It is a cumulation of all the hard work and dedication the boys put in all season. I am proud of the players and the team that they have become “ said Coach Fatjon Cake.

The Coast 07 Red (Click for Image) team finally added the Coast Spring Classic championship to their impressive resume after several years of coming up just short. Coach Joel Banta said “ the boys had a great weekend. As always, I expect a lot from these young men. Even though they are currently playing with their respective high schools and not training together they did not miss a beat. The final versus Barca was a great match by both teams.”

Coach Mark Vollink’s Coast 09 Red (Click for Image) overcame a rocky start to post two nice results over the Wilmington Hammerhead ECNL and SC Surf NPL sides. The boys fought their way through to the final to face a terrific CSC NPL team where they finished as finalists. “ A great weekend overall for us which will prepare the team for their first round State Cup match next week. We played with heart and intensity so I cannot ask for anything more as a coach “ said Coach Vollink.