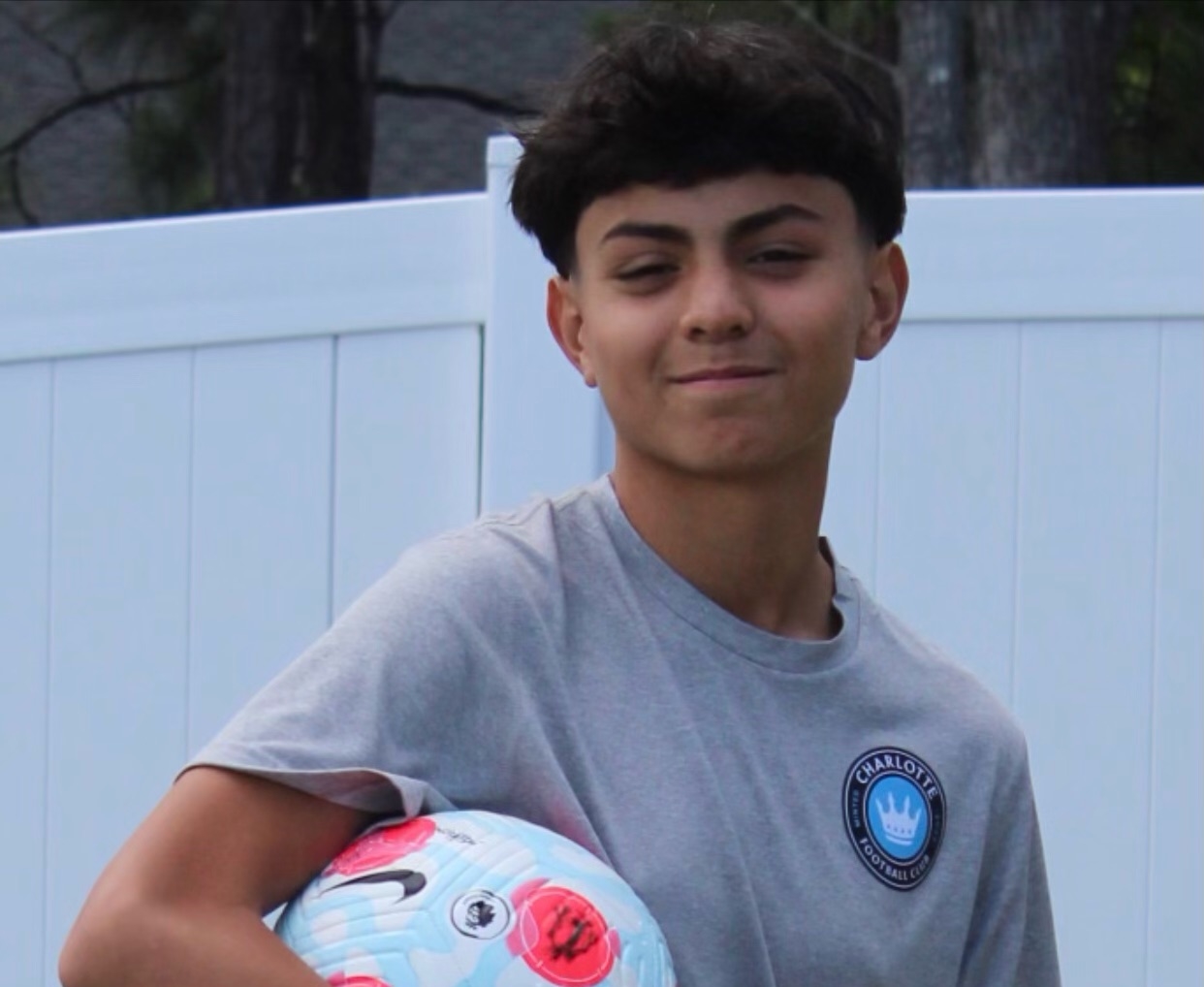 Coast 09 Red player Aaron Garcia was recently invited to spend two days with the MLS Charlotte FC Academy Program. “ This is quite an honor for a twelve year old soccer player from Myrtle Beach. Aaron is a standout player on our 09 Premier level team. This young man has reinvented his body over the last twenty four months and has dedicated himself to pursuing his dream of playing professional soccer. There are a lot of steps from where we are today to where he wants to go but I see a very determined player when I look at Aaron “ said Coast Director Heyward Gulledge. Coast 09 Red Coach Mark Vollink added “ Aaron had developed a tremendous amount over the last two years. He is now a well rounded player that pushes the attack for us. I am impressed with how hard he has worked to reach this point. It is a major accomplishment at his age to be brought in for an evaluation by an MLS organization. His future is bright and he is one of the most coachable players that I have been associated with.”

Q2- What was the biggest thing you learned during your evaluation?
Aaron: To stay focused and listen to what the coaches have to say.

Q3-What was it like to train at the Charlotte FC Bank of America Stadium?
Aaron: It was a very cool experience to train in a stadium that big. I got to meet a bunch of new players. It was like a dream come true.

Q4- What advice would you give to younger players wanting to follow in your footsteps?
Aaron: To make sure you go to all your practices. Train hard everyday, and to LISTEN to all of your coaches.

Q5- Any final words about Coast FA and being prepared for you evaluation at Charlotte FC?
Aaron: Yes, Coast FA training has helped me for my Charlotte FC evaluation. Coach Mark pushed me to my best at every practice and in the games.