It Is State Cup Season ! 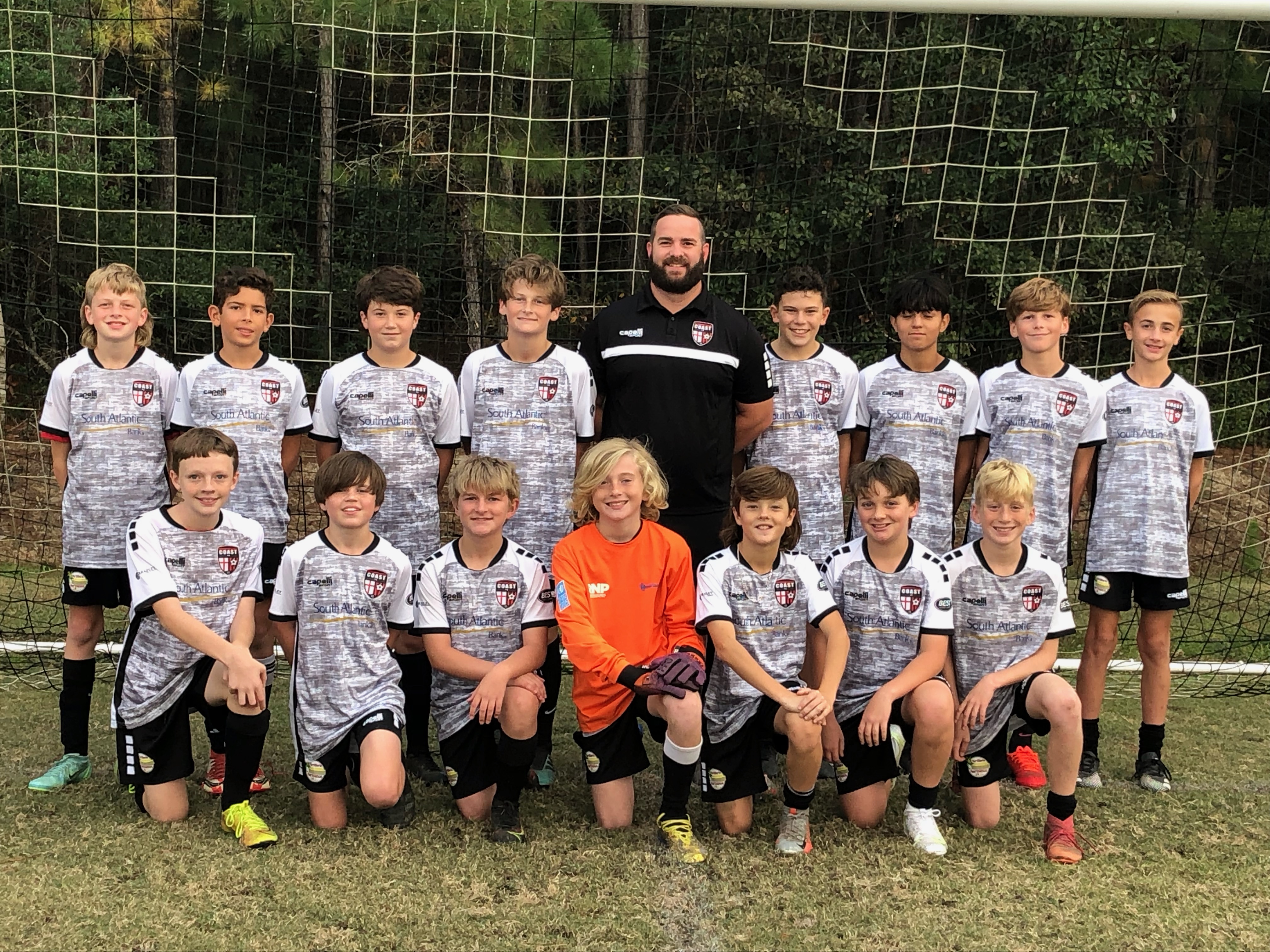 State Championships and promotion to the coveted Piedmont National League will be up for grabs over the next three weekends in South Carolina youth soccer. The levels of SCYSA are designed to pit similar ability level teams against one another while advancing through a series of promotions and relegations to earn their position each year. The top eight teams from each level starting at PMSL Classic qualify to play for the state championships. The levels start with #1 Recreational, #2 Open, #3 PMSL Classic #4. SCSCL Challenge and end at #5 Piedmont National League. Five Coast FA teams are in contention to claim the USYS top honors after superb results in their fall seasons.

Coast 04g Red coached by Mark Sanchez won the U19 SCSCL Challenge Division posting an 11-1-0 record in league play. The girls will qualify for State Cup as a #3 seed and host #6 seed SCUFC from Columbia on Saturday December 4th at Socastee Park with a 4pm kickoff. The higher seed earns the right to host the quarterfinal match. The semi finals and finals will be played in Rock Hill on December 17 & 18.

Coast 06g Red coached by RJ Bass won the U16 SCSCL Challenge Division with a 9-1-2 fall season record. The girls also qualify as a #3 seed and earned the right to host #6 seed CESA Challenge from Greenville on Saturday December 4th at Socastee Park with a 2pm start time. A win would advance the team to Rock Hill for the Final Four on December 17 & 18.

Coast 07 Red coached by Joel Banta won the U15 SCSCL Challenge Division after a solid 10-1-0 fall campaign. They enter as a #4 seed and also earn the right to host #5 seed Carolina FC Elite from Spartanburg at Socastee Park on Saturday December 4th. The kickoff time for this match will be at 2pm. After a one year absence from the Piedmont level Coach Banta’s boys are determined to return to the highest level of USYS play.

Coast 03 Red coached by Brian Smith played in the Piedmont level for the first time this fall against top teams from Georgia, North Carolina and South Carolina. They will qualify for State Cup as a #4 seed and host #5 CASC Revolution from Charleston on Sunday December 5th at Socastee Park. The kickoff is set for 2pm for the quarterfinal match.

Coast 09 Red coached by Mark Vollink are in a little different situation. The boys won the U13 SCSCL Challenge Division this fall with a 5-1-0 record and will be promoted to the Piedmont Division for the spring 2022 season. The state championship for the U13 age group is not played until May of 2022. “This team played a very difficult fall schedule and had terrific results. We felt this group had future Piedmont level potential, but Coach Mark Vollink got them there a year or so earlier than we had anticipated “ said Coast DOC Ross Morgan. Coach Vollink added “ in all of my years of coaching I have never had the opportunity to coach such a phenomenal team of boys with an awesome group of parents. The boys have came a long way over the past eighteen months and I have enjoyed watching them grow as individuals and also as a team. It has been their hard work on and off the field that has gotten them to this point. I look forward to the challenge of playing in the Piedmont League this spring.”

Several additional Coast FA teams will be competing for the OPEN State Cup in Lexington this weekend with champions being crowned on Sunday December 5th.

Coast 03g Black coached by Rob Bramble won the U19 Open League with an undefeated fall season record of 8-0-2. The format for the OPEN State Cup is similar to a traditional event where teams are placed in groups and compete over a two day time span.

Coast 07 Black coached by Aleksander Ljubicic also won his division in the fall U15 Open League. The boys posted a 5-1-0 fall record to advance to the OPEN League State Cup weekend

Coast 06g Black coached by Gabby Smychynsky will also compete in the OPEN State Cup after a successful 5-5-0 fall campaign. This was the first year of competition for the 06g Black team.