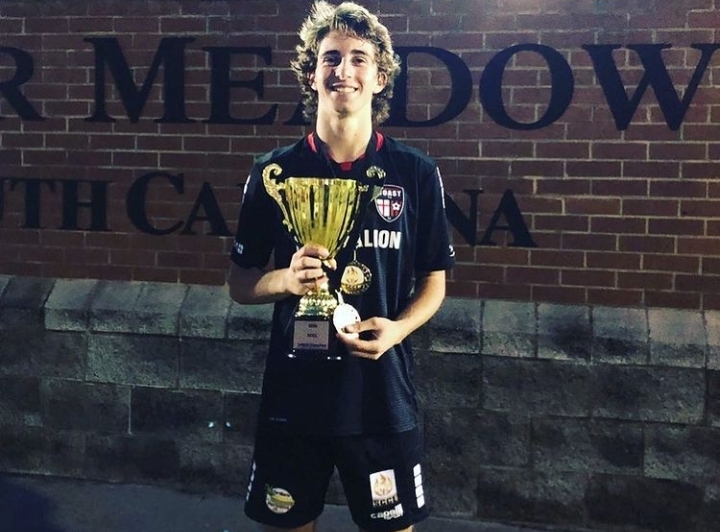 Coast FA’s own Mathi Ott has now completed his youth soccer journey which started at age three by accepting a soccer and track scholarship to play for Lake Erie College. The Storm compete in the Great Lakes Intercollegiate Athletic Conference and posted a 16-4-1 record last season. Mathi is expected to take on an attacking role for the Storm and also run the 60, 100, 200 and 400 meter events for the track team. Sports Management or Nature Conservatory will be his targeted major during college. He also hopes to become a leader at the Cleveland Area Young Life chapter and be involved with a campus athletes bible study group.

Mathi started out in the Coast FA McDonald’s Rec League at age three and ended up winning a state championship with our Coast 03 Red Premier League side at age seventeen. He provided many highlights for his team during his fourteen seasons with Coast. “ I would like to say congratulations to Mathi and his entire family. I was blessed to be able to coach him for several years during his time with Coast. His abilities on the field as well as his demeanor off of the field will certainly carry him a long way. I am sure he will be successful at Lake Erie and cannot wait to follow his progress at the next level. Lake Erie is getting a very accomplished player but an even better young man “ said Coach Joel Banta.

Chrissie and Erik Ott are proud parents today as they watch their son accept his scholarships. This is the story of a young man that truly paid his dues and deserves everything that he has received. “ Coast FA has been an integral part of Mathi’s college recruiting process. They care deeply about him and we cannot imagine going through this process without them ” said Chrissie.

“ I am extremely blessed to be able to compete in both soccer and track at Lake Erie. It has always been my dream to play at the next level and Coast has helped me from the beginning. My first memories of soccer was playing in the rec league with my dad. I cannot wait for what life has planned for me in the future ” said Mathi.